Why mustard in Meaux?

The Paris region is a land rich in sediments. Dating back thousands of years, the limestone formed and surmounted by a layer of millstone, a dense material, was used for the manufacture of grinding wheels for grain. At the time, without the current means of transport, companies settled on the site of the sources of exploitation. Thus, in the 15th century, the town of La Ferté-sous-Jouarre, just a few kilometers from Meaux, linked by the Marne, was a very large exploitation center whose world renown exported the millstones to England and North America. They were known to be the best in Europe.

With this local know-how, at the request of Charlemagne, the clergymen cultivated mustard in the bishoprics. The millstones were used to grind the mustard seeds to make flour; especially used for the pharmacopoeia in the form of poultices. Subsequently, the mustard that we know in its current form made it possible to mask the taste of foods that were not always fresh. In the 18th century, many mustard makers in Meaux took up the torch of the Canons, on a scale already industrial for the time. 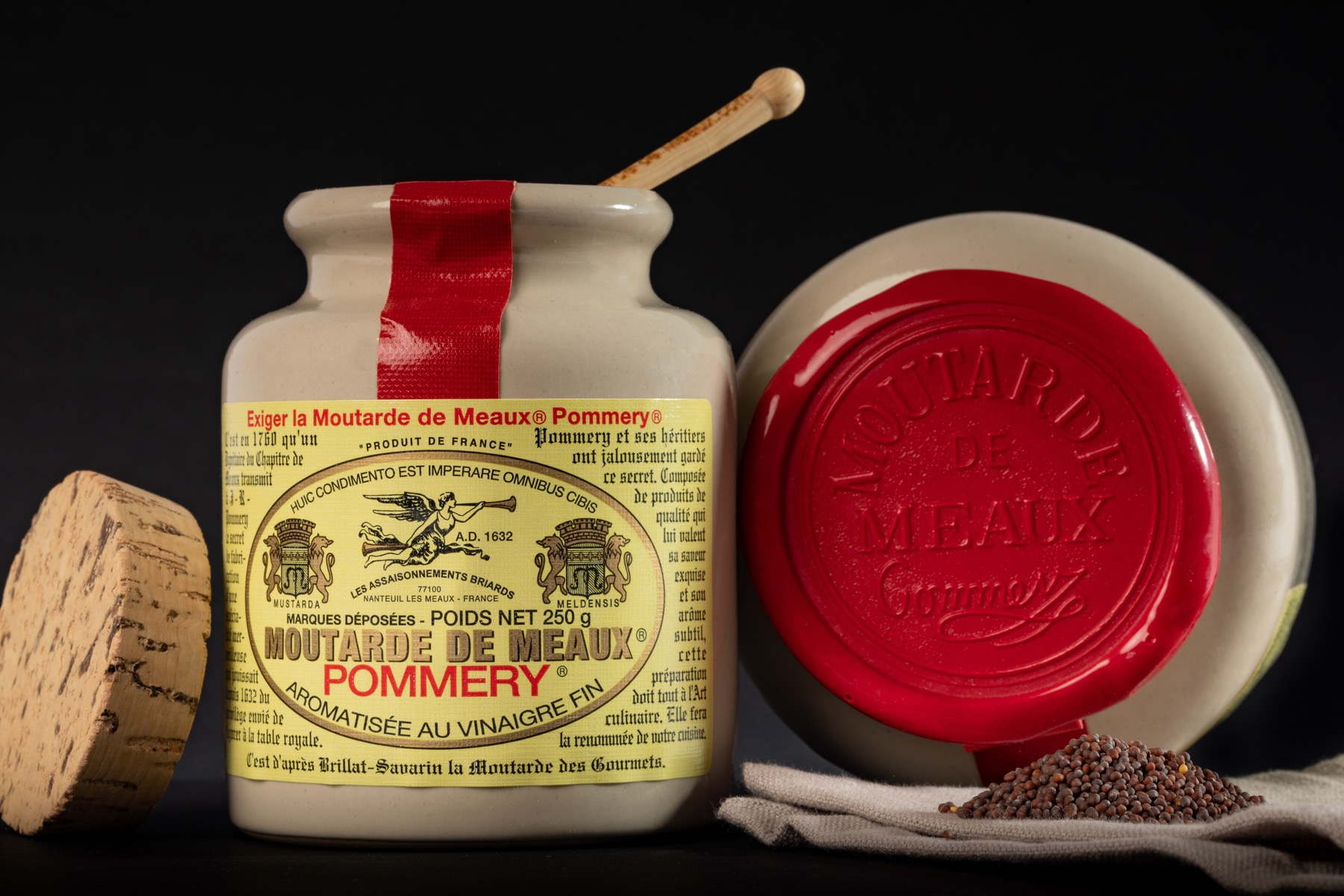 J.B Pommery is from the Champagne region when he was called up to do his military service in Meaux. At the time, he married a young woman, the daughter of a miller, and subsequently stayed in the Meld region for many generations. It was in 1760 that a dignitary of the old Chapter of Meaux transmitted to him the said recipe from the famous preparation of the canons. He continued this quality dish, much appreciated by royal tables for decades. The Mustard of Meaux® then became the Moutarde de Meaux® Pommery®.

In addition to his mustard production, J.B. Pommery operated a stone quarry. In the region of Meaux and Ferté-sous-Jouarre there were the best stone quarries. In 1890 the Pommery family remained the only one to make mustard in Meaux. 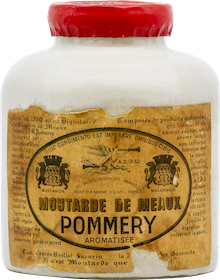 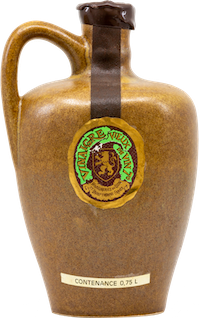 Operated by the Chamois family since the 19th century, Vinaigrerie du Lion has produced its own gourmet alcohol vinegars as well as Lagny vinegar, used in particular for canning. It mainly fed the mustard which produced the Moutarde de Meaux® Pommery®. Without successors to the traditional mustard, Paul Ferrand got closer to Mr. Chamois in view of the quality of his work appreciated for decades. Thus in 1949, Pierre Chamois received the recipe and the creation of the company Les Assaisaisonnements Briards in order to separate the mustard activity from the vinegar. With its local and national fame, this recipe, which dates back over three centuries, began to be exported in the 1970s. Pierre Chamois therefore began to introduce the rest of the world to this culinary preparation so French and internationally appreciated. Today, Moutarde de Meaux® Pommery® has kept its manufacturing secrets and has remained unchanged since 1632. Thanks to its selected ingredients but also thanks to the continuity of unequaled know-how, a successful family transmission, Moutarde de Meaux® Pommery® has survived the centuries.

Les Assaisonnements Briards with the Chamois family remain the only company to perpetuate the traditional Moutarde de Meaux® Pommery . 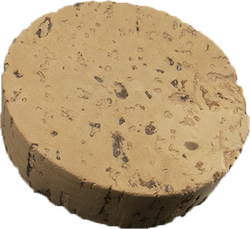 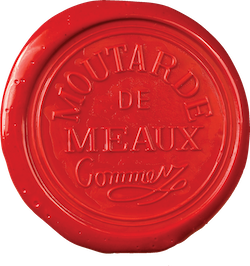 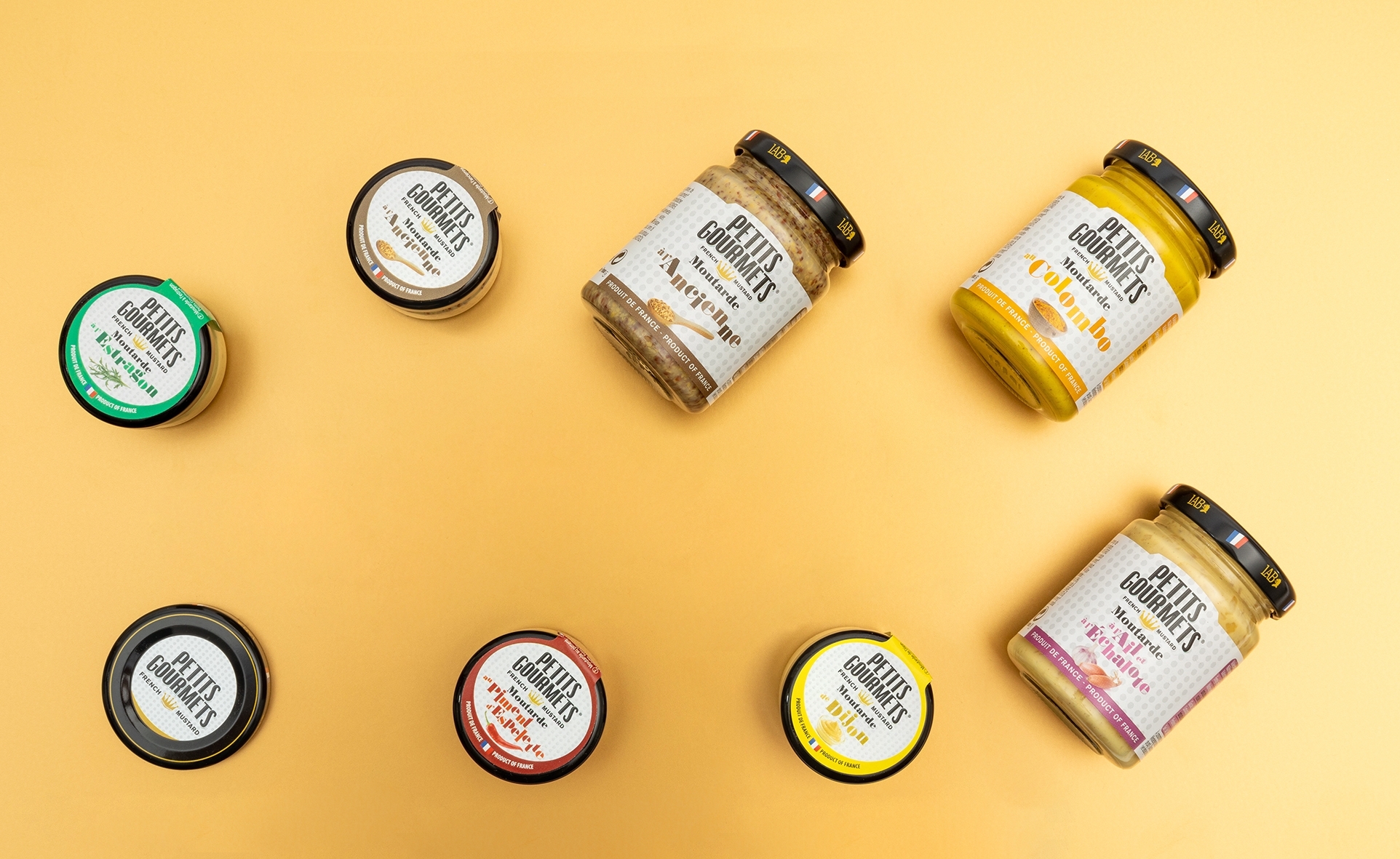